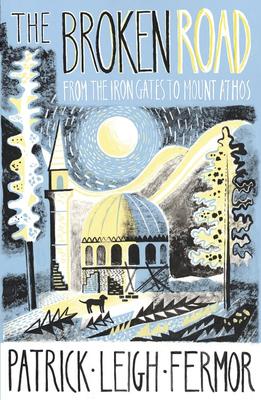 Patrick Leigh Fermor was a famous British travel writer whose two books, A Time of Gifts and Between the Woods and the Water describe the time he walked across Europe, 1933-35. But they only get part of the trip. The end section, from the Iron Gates of Rumania to Constantinople remained unwritten at the time of Fermor’s death in 2011.

Fermor went to war in 1939, serving in occupied Crete where he won the DSO. He lived a good part of his life in Greece, and wrote books and articles for U.S. and U.K. publications. He had planned all along to finish the third book on his boyhood adventure and by the 60’s had a typescript almost ready. It was not until his death, however, that two of his literary executors brought the work up to date. The result is a fascinating book by this beloved writer who spun his pound-a-week allowance into amazing encounters, from sleeping in the bush to the occasional luxurious stay in friendly embassies along the way.

The editors note that “in retrospect it seems as if the whole continent through which he travelled was sleepwalking towards disaster. The Balkans were still in the grip of the Great Depression, and of deep peasant misery. The twin behemoths of Nazism and Bolshevism were already looming huge. In Germany, Hitler had come to power the January before, and many of those whom Paddy encountered – the dashing aristocrats, the Rumanian Jews, the Gypsies – seem marked, in retrospect, by foreboding.” All in all it makes for a wonderful read.