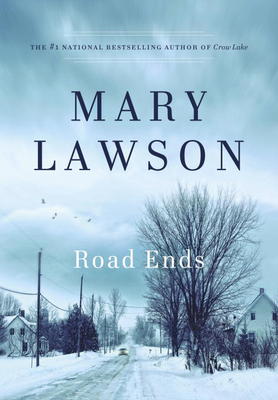 Mary Lawson has been called an old-fashioned story-teller. Her ability has won many prizes for her first two novels. She has done it again with her new book, Road Ends.

Born in a small farming community in Ontario, Lawson grew up with winter storms such as we’re getting this year in Ottawa. You get a vivid picture of families buried in deep snowbanks. She also has a strong feeling for these families, one in particular, and for the tragedies, the shocks, for the capable members and the ones that let everyone down.

Part of the story takes place in London, England, where Lawson herself is living now. The daughter who has left home finds her way in swinging London of the 1960’s and tension builds as she has to choose her own future.

Mary Lawson’s first novels were Crow Lake and The Other Side of the Bridge. In the new one you get a real feeling for life in Canada (where she still spends a lot of time). It makes a good Christmas page-turner.