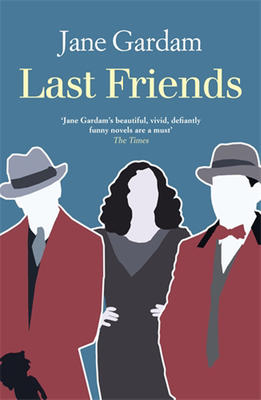 This is the third  in Jane Gardam’s trilogy on the personnel of the Hong Kong law courts when they were dominated by the British. Like the others, it is full of far-out snobbery from that long-lost British Empire. But it also has  a lot of humour.

This book tells the story of Terence Veneering, who ended up working in law with Sir Edward Feathers (Old Filth, i.e. Failed In London Try Hong Kong) in the Malay States, as they were called. His background was wildly un-British, being the son of a Russian acrobat who had an accident while performing in England and was marooned in the northeast part of the country where he married an English girl. The blond son, Terry Venitski, proved to be a brilliant scholar who entered law, changed his name and was assigned to Hong Kong.

This book takes these two, plus Old Filth’s wife Betty, through the loves and jealousies of their working years and finally back to England where the two men ended up living in the same village. A lot of jealousies were resolved and they were friends, and home, at last.

Jane Gardam is one of England’s most distinguished novelists with a stream of prizes to her name. Her intelligence, plus black humour, are a joy to read.