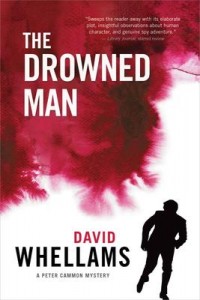 ECW Press and Books on Beechwood would like to invite you to the launch of Death’s Last Run by Robin Spano and The Drowned Man by David Whellams.

David Whellams is a local mystery author whose newest mystery novel, The Drowned Man, features the return of Chief Inspector Peter Cammon of Scotland Yard. After first appearing in Walking Into the Ocean, Cammon is once again called out of retirement for what appears to be a simple assignment. But what starts out as the simple retrieval of the body of a murdered Scotland Yard, turns into a much more puzzling case. With the return of characters from the first Peter Cammon book, as well as the introduction of Cammon’s daughter-in-law in a pivotal role, it is no doubt that Whellams has brought us yet another thrilling, clever whodunnit. 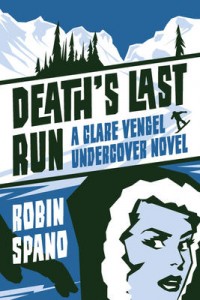 Robin Spano is a Vancouver-based author whose newest book, Death’s Last Run, is the third book in the Clare Vengel Undercover series. When a young snowboarder is found dead on Blackcomb Glacier in Whistler, local police want to close the case as suicide. However, the victim’s mother, a U.S. Senator, is so adamant that her daughter would never end her own life that the FBI sends in an undercover agent to ferret out the truth. Surrounded by partying ski bums and snow bunnies, Clare Vengel soon discovers that not only was the young snowboarder involved in a possible drug smuggling ring, but that some of the local police might also be involved. Death’s Last Run is another intriguing, entertaining mystery from a fantastic author! Her two previous Clare Vengel novels are Dead Politician Society and Death Plays Poker.

For more information on these great authors and their books, visit www.ecwpress.com.
We hope to see you all here for this great launch! Snacks and refreshments will be served.