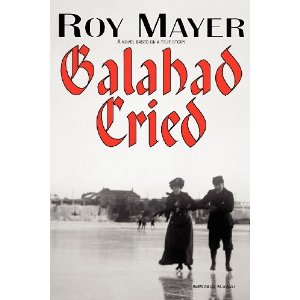 Come down to the bookstore to enjoy two great book signing events. Our day kicks off with local author Ken Hancock, who will be here signing his newest book, Capital Home Cookbook, as well as some of his great backlist titles. If you haven’t already go them, come pick up copies of Ken’s novel Sweets Off Coupons or his great humour books Laughter From the Web. He will be here signing on Saturday, December 1 from 11:00am to 1:00pm.

Hot on his heels will be Roy Mayer, a local author who has just written a novel called Galahad Cried. It is based on the true story of Bert Harper, a country boy who became a close friend of then future Prime Minister, William Lyon Mackenzie King. Bert is also the man in whose honour the statue of Galahad in from of Parliament Hill was erected. Come down to meet Roy Mayer and hear all about Bert’s fascinating story. Roy will be here signing on Saturday, December 1 from 1:00pm to 3:00pm.

We look forward to seeing you all on Saturday!! 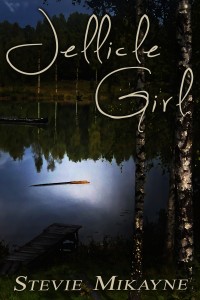 Come meet local author Stevie Mikayne on Saturday, November 24. She will be here from 1:00pm to 3:00pm signing copies of her new book Jellicle Girl.

Jellicle Girl is a story about the blurred lines of love and friendship, and the permanent consequences of one reckless mistake…

Stevie Mikayne writes literary fiction with an edge. She holds an M.A. in Creative Writing from Lancaster University (UK) and dreams of one day living in England. Recently, she joined the editing team at Evolved Publishing – where she enjoys the Facebook chatting almost as much as the work. This is her debut novel.

Miriam Clavir will be in the store signing copies of her new mystery novel, Insinuendo: Murder in the Museum. Come down between 1:00pm and 3:00pm to meet her, have a chat, buy a book, and get it signed. You may even be able to cross someone off your Christmas shopping list while you’re at it!

A bit about the book:
“A murder mystery set within the complex world of an anthropological museum. Berry Cates has undergone a “radical lifectomy,” remaking her life at fifty-three, newly single and in a new career at a museum. However, she soon becomes the target of serious accusations at the museum. Determined to prove these as false, Berry gets into deeper trouble. Her sleuthing uncovers museum staff casting illicit bronzes and blackmail being delivered via a Roman curse tablet. Curatorial fraud and accusations by aboriginal people of poisoning their heritage regalia with toxic pesticides come to light as well. Only when Barry realizes she has been asking the wrong questions does she stop her slide into a web of deceit.”

We hope to see you all here on Saturday!

There are few new ways to praise the books by this author: witty, gentle, Scottish, loveable. The new one is all of these with the added dimension of a first-rate mystery plot.

The book falls in the Isabel Dalhousie series. McCall Smith is a retired professor at the University of Edinburgh. Readers will recognize books from the No l. Ladies’ Detective Agency series, the Portuguese Irregular Verbs series, the 44 Scotland Street series and the Corduroy Mansions series. In this one, we follow Isabel, the attractive young mother, as she edits her journal on ethics, cares for her musician husband and 3-year old son, Charlie. Into this busy life steps a request to help find the thief who stole a valuable Poussin painting from an old Scots household.

Isabel gets close to danger when she agrees to meet “accomplices of the thief.” Through clever questioning on her own, however, she manages to avoid serious trouble with the police, etc. We are left with a satisfactory ending that only McCall Smith could dream up. It makes for a very good read, Christmas-time, or any time.

This is a long biography of one of our most distinguished poets, written by a professional friend who gets very close to P.K. Page’s life.

Page was born in England where her father served overseas in World War l. He decided to move his family to Canada, where he also had a military career. Both he and his wife were artistic, writing poetry and drawing respectively. Their daughter followed suit and got an audience for her poems at an early age.

Sandra Djwa has been professor of English at Simon Fraser University, and also published two books: “The Politics of the imagination:A Life of F.R. Scott” and “Professing English: A Life of Ray Daniells.” She was in a good position to accept P.K. Page’s request to write her biography, knowing well the literary circles across the country. She gives an excellent account of the exceedingly hard work that went into the developing of Page’s talent, after she decided to make writing her career – first in Halifax, then Montreal, Ottawa and finally Victoria, B.C. In Montreal, in particular, her name started appearing in poetry magazines more and more often as they started making their appearance in Canada.

It was in Montreal that she first met the Preview group in l94l. They were a group of poets who met and mimeographed their works; they included the poet and professor of law at McGill University, F.R. Scott, Margaret Day, Bruce Ruddick, Neufville Shaw and Patrick Anderson. Page was invited to join. She would meet most members of the avant-garde in Montreal, artists as well as writers. She would also fall in love for the first time, with a married man, F.R. Scott.

Djwa tells of Page’s eventual happy marriage to Arthur Irwin, legendary editor of Macleans magazine and head of the National Film Board. He was posted with Canada’s diplomatic corps to Australia, Brazil and Mexico. His beautiful wife was a great asset; she continued writing and eventually painting. When retired, Irwin took a post on Victoria’s newspapers, and they settled in that city. P.K. spent her latter years reading poetry in cities all across Canada where her stunning performances were as memorable as the poetry itself.

We just received a dozen different designs of UNICEF holiday cards. Each one comes in a box, with envelopes.

The card shown here is “Gather Around the Frozen River” by Katerina Martikas. You can see more of her work at the Koyman Galleries in Ottawa.

Come visit Books on Beechwood on Saturday, November 10 to meet local mystery and young adult author Brenda Chapman. She will be here signing copies of her new young adult book Second Chances from 1:00pm to 3:00pm.

From the jacket:
“It’s the summer of 1971, and fifteen-year-old Darlene travels with her mother to cottage country. This year her wild cousin, Elizabeth, is staying with them in the hopes that time away from Toronto with straighten her out – but Elizabeth has other plans. It’s her mission to torment Darlene by manipulating her friends and seducing every eligible male in her path.
Meanwhile, Darlene is captivated by the mysterious strangers who rent the cottage down the road, particularly free-spirited Candy, who tells stories of traipsing across the United States with rock stars. Darlene is also friends with a reclusive journalist who will stop at nothing to pen the ultimate anti-war story. She, too, secretly dreams of becoming a writer, but knows that her father will never allow it. When the connections between the young strangers and the war become clear, Darlene is presented with more choices than she would like.”

Be sure to come into the store for this fabulous event. We look forward to seeing you all here!

This is a delightful and skilful memoir of Gordon Pinsent, one of Canada’s best-loved actors, written with the help of George Anthony, an entertainment editor who has worked in film, television and journalism. Together they have produced a very funny and impressive story of Pinsent’s life who today, at the age of eighty-two, is still in the business of acting.

Born in Grand Falls, Newfoundland, Pinsent was the last of six children, and was very often left to make up his own dream world. After he discovered movies at the weekly matinees of the Nickelodeon Theatre, he decided to be an actor. He was already good at sketching, and later poetry, but never had an acting lesson – which did not stop him from working his way to Toronto, doing odd jobs, later a stint in the army from which he was discharged in Winnipeg. Here he met the actor John Hirsch, got some parts, and was on his way.

Pinsent tells of his adventures in Hollywood, his encounter with Christopher Plummer at Stratford, and eventually the whole roster of Canadian actors. Most significant of these was the Toronto star, Charmion King, who became the love of his life. They were happily married for forty years until her death in 2007.

Pinsent has played major classical roles across the country on both televison and film and is remembered for The Thomas Crown Affair (1968), The Shipping News (2001), The Rowdyman (1972) and John and the Missus (1987). He won a Genie award for best actor in Away from Her (2006) and recently made his songwriting debut on the Warner Music CD Down and Out in Upalong.
This book is almost as entertaining as watching him act.

Join Books on Beechwood and cookbook author, Naomi Duguid at The Scone Witch, 35 Beechwood Avenue, on Monday, November 5 from 5:00pm to 7:00pm. Her new cookbook, Burma: Rivers of Flavor, is filled with recipes and tales of travel from the author.
The $12 admission fee covers a scone dinner, dessert, and coffee or tea.

(Fees to be paid at the door at The Scone Witch.) Admission is limited to 25 people.

Please phone Books on Beechwood to reserve a seat, 613-742-5030.
Or e-mail staff@booksonbeechwood.ca.