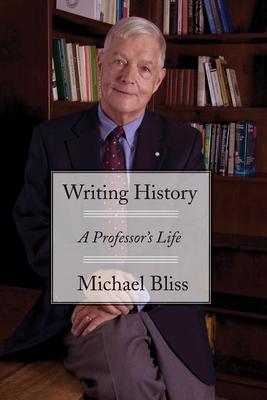 This is a charmingly-produced memoir about a professor’s life, written by one of the most distinguished historians of our time.

Michael Bliss grew up in small-town Ontario and then moved on to the University of Toronto. Here he first studied science and mathematics, then theology (he was going to be a United Church minister) and finally philosophy and history. With the last he found his home and was soon lecturing as well as writing for journals across Canada. Bliss shares his experience in teaching and also the influence of men like historians Kenneth McNaught, Donald Creighton and Ramsay Cook.

His own interest in Canadian public life led to meeting and writing about many of the politicians of the day. An interesting section is his encounter with Pierre Trudeau. Eventually he found himself drawn to an earlier love, science. He took on the stories of doctors Banting and Best and wrote “The Discovery of Insulin,” a highly successful book to this day. He followed this with a biography of Sir William Osler and that in turn led to an investigation and book on the man who had first written about Osler, Harvey Cushing, famed neurosurgeon.

Bliss writes candidly about the combined pressures on a professor’s life of teaching and writing. He has had an exceptionally happy family life in suburban Toronto, which we see here in a number of photographs. He shares with us the importance of this happiness. It makes for a fascinating account.