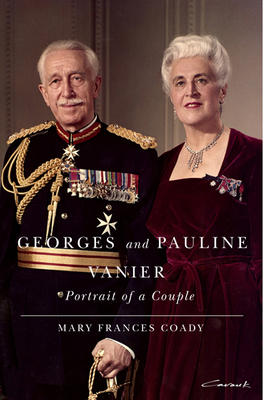 The Vaniers were one of the truly great couples to serve Canada, and this book shows why. Georges Vanier was a military officer in Quebec’s celebrated 22nd Battalion (the Van Doos). He lost a leg fighting in the First World War and this book gives some terrible pictures of that fighting. Later, in Montreal, he met Pauline Archer, a member of another distinguished French-English family. They got married and this double biography gives a most sensitive picture of their radically different temperaments, as well as their religious beliefs and desire to serve – how they complimented each other.

Georges had a number of assignments overseas: working for the British government, for the League of Nations, as Canada’s first Ambassador to France, and finally as the first French Canadian to become Governor General of this country. They, and their five children, had some harrowing times, in particular fleeing Hitler’s troops in France. Vanier supported de Gaulle in his struggle for French Resistance and also tried to save many of the refugees and bring them to Canada.

While Georges ran a very serious, protocol-minded office, his wife was unusually outgoing and vivacious. It made them an ideal couple in a stuffy diplomatic world. The author is very skillful at bringing this out – and also showing what a strong part their Catholic background played. Both had come close to entering the Church, and their son, Jean, was to become the world-known leader of a movement to care for the mentally-handicapped, called L’Arche.

Coady teaches writing at Ryerson University in Toronto. She has written a brilliant book in this Portrait of a Couple.