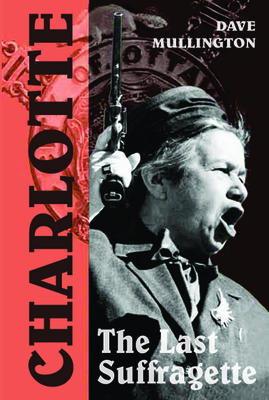 On Saturday, November 20, author Dave Mullington will be at Books on Beechwood signing his book “Charlotte: The Last Suffragette,” the story of Charlotte Whitton.

From the publisher:
“Passionate. Controversial. A trailblazer. Charlotte Whitton was all of these, which Ottawa native, Dave Mullington, has captured in his lively biography of the Ottawa Valley native.”
(…)
“As Canada’s woman newsmaker of the year six times during the 1950s and ’60s, Charlotte Whitton made headlines regularly as mayor of Ottawa. But she was no stranger to the spotlight. Prior to becoming the first female mayor of a Canadian city in 1951, Charlotte had already made an international name for herself as a driving force in the develping field of social welfare.”
(…)
“A determined feminist, Charlotte has often been credited with saying, ‘Whatever women do, they must do twice as well as men to be half as good. Luckily this is not difficult.’ It was this attitude that propelled her from humble beginnings in the Ottawa Valley to become advisor and combatant of legislators and policy makers, at home and around the world.”
(…)
“Charlotte Whitton has recently been nominated as a person of national significant interest, sparking much discussion and controversy. Charlotte would expect nothing less.”

About the author:
“As a retired journalist and the author of Chain of Office: Biographical Sketches of the Early Mayors of Ottawa (1847-1948), it was only natural that Dave Mullington would turn to Charlotte Whitton as the topic of his second book. He never met Charlotte, but remembers as a boy his mother’s enthusiastic support for the outspoken advocate.”

For more information on Dave and his books, visit his publisher’s website at www.gsph.com.

We hope to see you here at the store on Saturday, November 20 between 11am and 1pm. Come on down, meet the author, buy a book, and get it signed! See you all next Saturday!