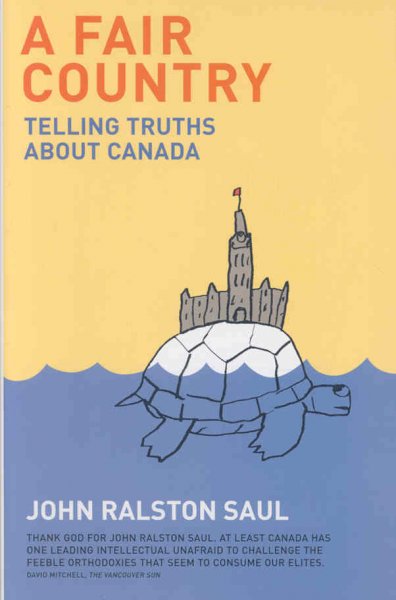 “Whatever our family tree may look like, our institutions and common sense as a civilization are more Aboriginal than European or African or Asian”- so writes John Ralston Saul in the introduction to his new book, “A Fair Country”.

The distinguished writer and husband of former Governor General, Adrienne Clarkson, has already published a number of essays, and also novels. In this book he looks at the 400 years of Canada’s history, and wonders why we are so hesitant to recognize what he sees as the strongest influence in our society: i.e. the Aboriginal idea of inclusion and recognition of diversity within the circle.

He shows that the early years brought the newcomers and First Nations together. Champlain said, “our young men will marry your daughters and we shall be one people.” Apart from New France, the Acadians, and also the settlers on the west coast particularly in the Okanagan Valley, intermarried with the First Nations. Peter Lougheed, successful premier of Alberta, married into a leading Metis family that combined a local Aboriginal network with the classic Hudson’s Bay Company background.

It was only when Victorianism took over, and Canada accepted an inferior colonial attitude, Saul claims, that we lost our self-confidence and realization of who we really are. This has returned, to a great extent he maintains, in the arrival of immigrants and our widening of the circle to include diversity and fairness to all.

In these days of uncertainty within our government, this is a most interesting – and caring – look at what Canadians have succeeded in doing in the past and what Saul maintains we can do again, if we recognize our strengths and build on them.