Please note that the Bookstore is closed on Good Friday April 3rd and Easter Sunday April 5th. We are open on both the Saturday and the Monday. 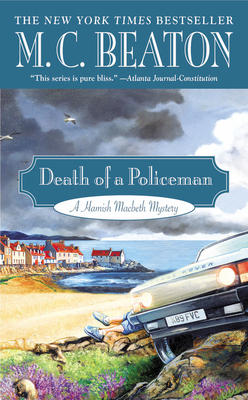 For sheer escape, here is another delightful Hamish MacBeth mystery, set in the little town of Lochdubh in the Scottish Highlands.

This tall, modest police sergeant is now well-known through some thirty stories by Beaton. MacBeth loves his posting, where he keeps a small number of farm animals, as well as a dog and cat who follow him everywhere. He has avoided promotion, in spite of a fine record of successful arrests. In this book, however, there is word that his own police station, along with many others, may be closed for economic reasons. When murders turn up this time, MacBeth is more keen to take the credit he deserves in solving them.

In an area where he is widely loved, MacBeth does have an enemy in Detective Chief Inspector Blair who resents MacBeth’s success in solving crimes and would like to have him moved. He gets a keen young officer to visit the town of Lochdubh and follow MacBeth. When this officer is suddenly found murdered, there are complications all round.

M.C. Beaton knows and loves Scotland and particularly this northern area. The characters are vividly drawn and the story completely absorbing. This author has written another series, the Agatha Raisin books. She has been called a master of outrageous black comedy. 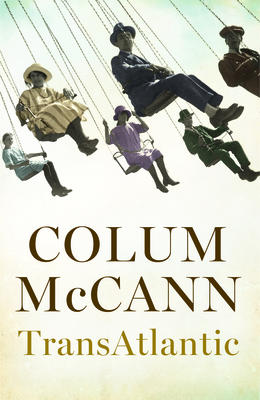 This is another ambitious and successful novel by the Irish writer, Colum McCann.

Called Transatlantic, it moves between two continents and across three centuries. We see the black American slave, Frederick Douglass, coming to Ireland in l845 to champion the ideas of democracy and freedom. Then in l9l9 two brave airmen pilot the first non-stop transatlantic flight from Newfoundland to the west of Ireland. Finally, in l998, the American Senator George Mitchell crosses the ocean to help Northern Ireland’s difficult peace talks to an uncertain conclusion.

Running alongside and through these major stories are the lives of four women, whom we get to know and love. One reviewer writes that the uncanny thing about McCann is the way he finds the miraculous is inseparable from the everyday. Lives are made amid and despite violence. He threads together public events and private feelings.

McCann was born in Dublin, Ireland but is now living in New York and teaching writing at Hunter College. He has written six novels and two collections of short stories. He has won several major international awards and his work has been published in more than thirty-five languages. 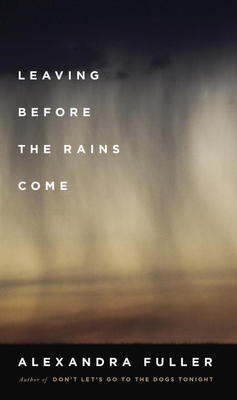 Alexandra Fuller has written several books on her life in southern Africa. This one describes her marriage to an American and her home in the new world.

Fuller was born in England in l969, but moved with her family to a farm in what was then Rhodesia, when she was four years old. Her parents were a courageous but eccentric pair, firm supporters of the colonialism in their adopted country.  So were Alexandra and her sister.

This took a rude shock when Alexandra fell in love with an American guide and went with him to live in Wyoming. The book takes us back and forth between visits “home” (to Africa) and the struggle to maintain her new family and children in the U.S. Fuller is candid about the effect of her father’s spoiling and her own ability to run her life. She also misses the beauty and grandeur of Africa. She writes honestly about her struggle to maintain her marriage, and her sadness when she fails. It is altogether a colourful and brave book.

To salute the beginning of the end of Winter and the official arrival of Spring we are having a SALE of all Fiction.

This includes all Fiction, Teen books and Children’s Books plus our great selection of Mysteries