Come down to Books on Beechwood on Saturday, November 3 to meet children’s author Josee Lindsay. She will be here from 1:00pm to 3:00pm to read her new picture book Super Spark.

From the jacket:
“This beautifully illustrated children’s book brings a light-hearted approach to some of life’s most important lessons. Super Spark is a wise super hero who invites children to dream big, believe in the impossible, find self-acceptance, think positively and understand that we are all one. Ultimately, children learn that they are the super hero in their own lives and they can create a life with infinite possibilities.
Super Spark will appeal to parents, caregivers and teachers interested in helping children find their own inner power and discover keys to true happiness. Author Josee Lindsay hopes that Super Spark brings much joy, peace and love to children around the world.”

We look forward to seeing you and your kids at this great book event! 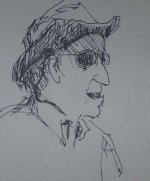 Visit the store on Saturday, October 20 and meet Toronto author Deirdre Kelly. She will be here from 1:00pm to 3:00pm signing copies of her new book Ballerina: Sex, Scandal, and Suffering Behind the Symbol of Perfection.

Deirdre is a journalist, author, and internationally recognized dance critic for Dance Magazine, the Dance Gazette, and The Globe and Mail (Toronto), where for sixteen years she was the paper’s dance critic on staff. She is the author of the best-selling memoir Paris Times Eight, and her articles on dance have also appeared in Elle, Vogue, Chatelaine, and Saturday Night.

From the jacket:
“Throughout her history, the ballerina has been perceived as the embodiment of beauty and perfection. She is the feminine ideal – unblemished and ethereal, inspiration incarnate. But the reality is another story.
As Kelly examines the lives of some of the world’s best ballerinas, she argues for a rethinking of the world’s most graceful dance form – a rethinking that would position the ballerina at its heart, where she belongs.” 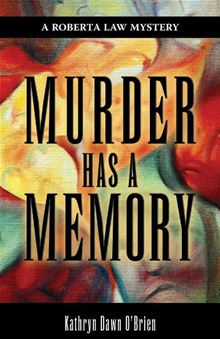 A new mystery is the perfect thing to curl up with as the fall days get cooler. Mystery author Kathryn Dawn O’Brien will be at Books on Beechwood signing copies of her new Roberta Law mystery Murder Has A Memory.

About the book:
“Hypnotherapist, Roberta Law gets a fast pass to the twilight zone when a ten-year-old client, suffering from acute insomnia, appears to spontaneously regress into a past life and witness her own murder. In order to help her client, Roberta must turn detective and try to solve a crime that may prove to be nothing more than a child’s overactive imagination at work. When the investigation leads her into the reclusive world of retired folk-rock icon, Lori Taylor, whose recent reunion with her long-lost daughter seems to be the source of something much more sinister-Roberta is soon to discover that murder has a memory…”

Come on by, meet the author, buy a book, and get it signed! See you then!

Come by and meet local author Elizabeth Radmore who will be in the store on Saturday, October 13 from 1:00pm to 3:00pm. She will be signing copies of her new book Cushla: Almost Magic. It is the third book in her Cushla series.

From the jacket:
“Kathleen McKenna couldn’t be happier. Just turned sixteen and her family have made a good life for themselves in Ottawa, anchored by friends, family, school and work. There is no sign of the gypsy girl she had once been in Northern Ireland only a few short years ago. But the arrival of a mysterious package could change all that.
From across the ocean, Nora, the old gypsy woman who had once befriended Kathleen, has bequeathed Kathleen her tarot cards and rune stones. “You will have two loves,” she had once read in those same cards, “The first will disappoint you, but the second…””

We look forward to seeing you all at this great event!