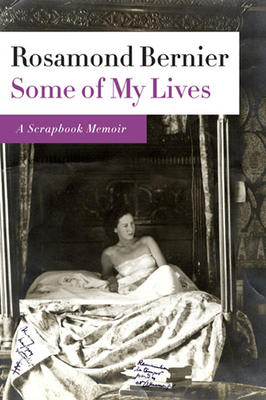 This is a surprising book.

Rosamond Bernier is a journalist as well as hostess extraordinaire. Born to a wealthy Jewish Pennsylvania family, she had an English mother which meant many trips to London and time in an English school. Her father, a lawyer, was involved in the music scene in Philadelphia and Rosamond grew up meeting many of the conductors, and soloists, of the Philadelphia Orchestra. Sergei Rachmaninoff, Walter Gieseking, Eugene Ormandy, all came to her house, as well as Leopold Stokowsky, Leonard Bernstein and Aaron Copland who became close friends.

Her first marriage took her to Mexico where of course Diego Rivera and Frida Kahlo entered her life. Bernier writes of intimate moments with these artists but she does much more than simply name-drop. She is graceful and witty herself, with a fine taste in dress, and not conceited about her contacts. The result is we get much closer to these artists that we otherwise would.

Bernier’s life takes her to New York, where she writes about fashion for “Vogue” and eventually goes to Paris where another world of visual artists opens up, i.e. Henri Matisse, Picasso, Miro. She co-founds the art review “L’Oeil” and built an excellent reputation for herself in both research and interviews. Back in the U.S. she became well-known for her lectures at the Metropolitan Museum, as well as museums all across the country. She had the wit to be original – but brief. 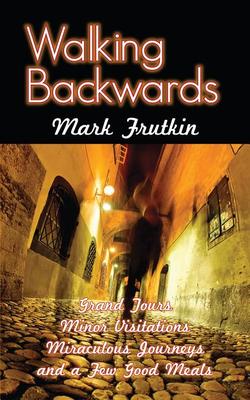 Come down to Books on Beechwood on Saturday, November 26 to meet Ottawa author Mark Frutkin. He will be here signing his book “Walking Backwards: Grand Tours, Minor Visitations, Miraculous Journeys, and a Few Good Meals” from 1:00pm to 3:00pm.

From the jacket:
“From Istanbul to New Delhi to Boulder, Colorado, through Venice, Paris, Rome, and points between…
As travelers, we are always “walking backwards,” forever on the verge of stepping into the unknown, never knowing what waits around the next corner.
You could be lost, forget your passport, fall ill. You could be served a bowl of food and not know whether it’s animal, vegetable, or mineral. Even flushing the toilet can be an adventure.
You are a child again, innocent and hoping for the best, forced to trust strangers. Quite often this works out. Not always.
Walking Backwards is a return to to ten cities and what happened there. Whether inadvertently smuggling “cloth” in to Istanbul, reading poetry in New Delhi to a crowd expecting a world-famous pianist, or wandering endlessly through Mantua searching for a non-existent hotel on a street that’s fallen off the map, Mark Frutkin is a master at rediscovering the magic at the heart of all travel.”

Come visit us on Saturday, November 26 to meet the author and get a book signed! We hope to see you all then! 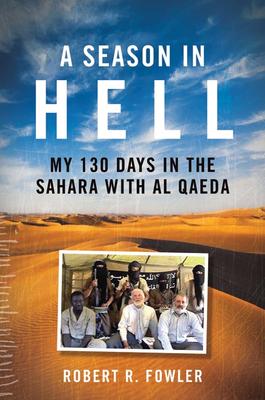 Come down to Books on Beechwood on the evening of Friday, November 18 to meet author Robert Fowler. He will be here from 5:00pm to 7:00pm signing his new book “A Season in Hell: My 130 Days in the Sahara with Al Qaeda.”

From the jacket:
“Robert Fowler was a dominant force in Canadian foreign affairs, as a policy advisor to three prime ministers, as a deputy minister of National Defence, and as Canada’s longest-serving ambassador to the United Nations. A skilled diplomat and an influential player on the world stage, Fowler has been involved in most of the important discussions about Canadian diplomacy and security policy over the past thirty years.”

“On December 14, 2008, Fowler, acting as the UN Secretary-General’s Special Envoy for Niger, was kidnapped by Al Qaeda. Along with his colleague Louis Guay, Fowler lived, slept, and ate with his captors for over four months, gaining rare first-hand insight into the world’s most feared terrorist group. For those 130 punishing days, Fowler survived in extreme desert conditions at the whims of his volatile kidnappers, fearing every moment could be his last. Fowler’s capture, release, and subsequent media appearances have shed new light on the confrontation between Western values and violent Islamic fundamentalism.”

We look forward to seeing you all on Friday evening! Come down, meet the author, buy a book, and get it signed!!!